How to Create Virtual UX Concepts for VR? 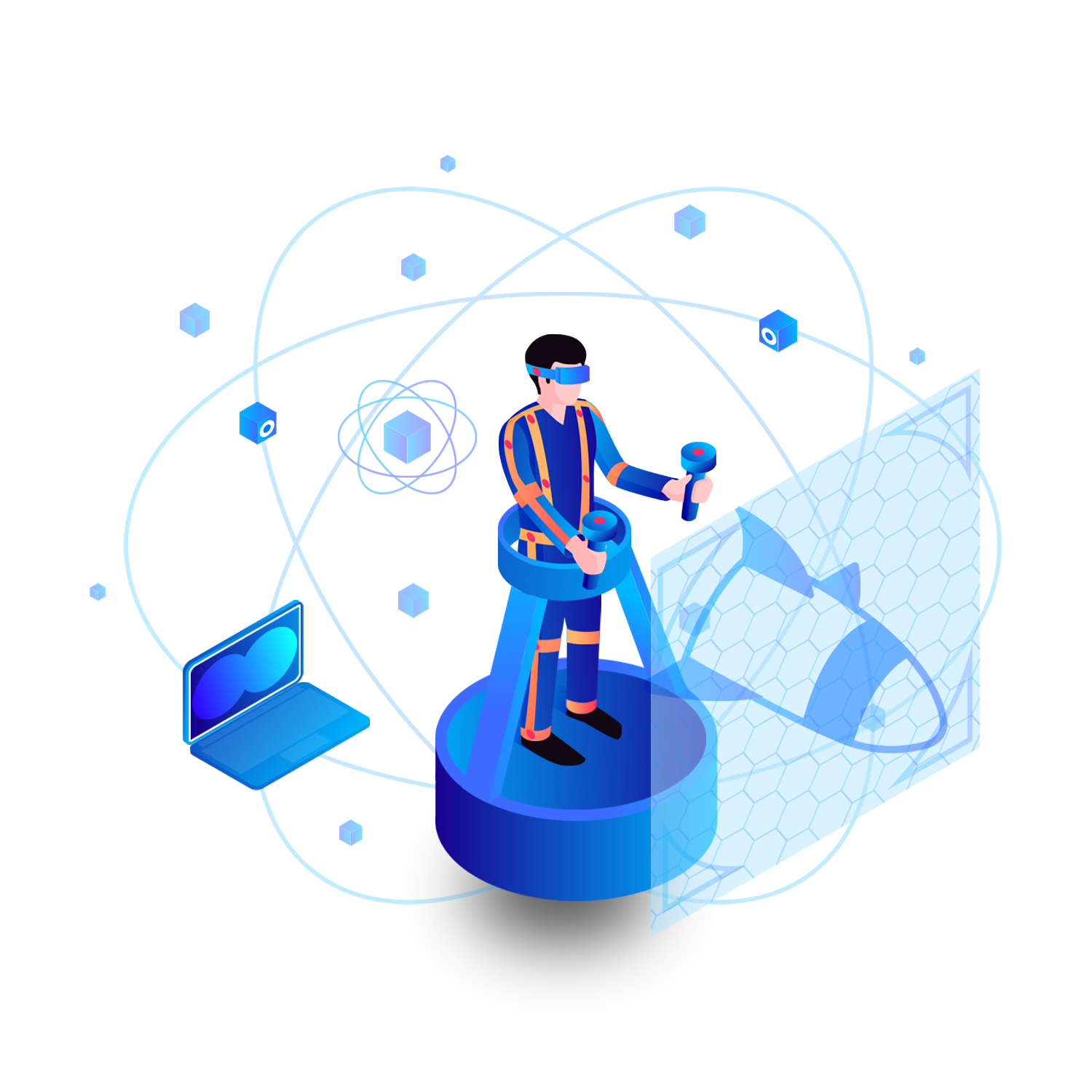 Virtual Reality or VR has come a long way in recent years. With the announcement of Meta, the technology is becoming more significant than ever. Virtual UX concepts is a technology that lets users experience a whole new world with audio-visual world-building, closing out the physical world completely. Oculus, Vive, and Google Cardboard are examples of VR gadgets that will transport users to various worlds and situations, without getting out physically! You can explore anything from a virtual grocery store to penguins in Antarctica just by plugging into VR.

Virtual reality can also be mixed with other technologies like augmented reality, where the virtual and real world meet. Just using the camera or smartphone, digital elements can be added to the real world.

Since VR takes the user to a completely virtual world, it can be used for training purposes, without any physical risks involved. A pilot, military, police, healthcare workers, etc. can use the technology for training without putting themselves and others at risk. VR can also change the way we conduct conferences. People can be present in a meeting room in real time. Despite them being miles away, VR will be able to give you the feeling of being in the same room with your coworkers.

Now, when these sectors will implement the technology, they will have to interact with it. That’s where the job of a UX designer and UX research consultant comes in for VR. A UX developer will create the virtual concepts for VR, offering a smooth application experience with ease of use. A great example of this would be including touch screen elements in the VR world. Everybody is familiar with pinch to zoom and double click on the touchscreen, the same elements could be brought to VR also. The ease of use in the app UX will help your project move ahead faster.

For creating a virtual UX concept, you will first need to understand the elements of virtual UX.

For a UX consultant or UX designer, there are two elements that make up the VR interface.

The environment of a VR UX concept will be the world that a user will enter upon putting on a VR headset. The interface is the set of components that will help the user navigate through and interact with that environment. However, there are some applications that may not use both of them, but one element would be used only. For example, an app that lets you explore the moon will not have any interface to it. Similarly, a VR’s home screen would not feature any environment, but just an app drawer you will interact with.

Now that you are familiar with the components of VR user experience, it is time to start designing one yourself.

For a UX consultant, it is important to understand that people wouldn’t know instinctively what to do and where to go when they are using your app for the first time. The beginning should always be a process to familiarize your audience with visual clues and guidance through the app you will be creating. Remember who your audience is, and their capabilities with VR. Try to understand the confusion and issues they may face while using your app, and mitigate those from the beginning.

Apart from that, the VR experience is not a lot different from designing a website or mobile app. Create user persona, conceptual flaw, interaction models, and wireframes as you would create for web and mobile products.

UX designers are familiar with design processes and workflows, but creating Virtual UX is fairly new and there is no universally followed process that fits all. However, the first step will be to devise a strategy or plan for your VR App.

Get the Basics Right

It is important to understand what kind of experience you want to design. There are multiple options available here. You can conduct your research with client interviews, usability testing, simulation exercises, focus groups, eye tracking, and other ethnographic research strategies.

Once you are through with user research, the next step is to define interactions in the app and create a general layout of your virtual UX.

After you have zeroed in on interactions and features, it is time to add the aesthetics and design the visual interface of the VR App. Setting up an environment for your virtual UX is one of the most essential parts there.

When it is seen by both eyes simultaneously, it gives a wrapped-around illusion that mimics the real world. The projection represents 360 degrees horizontally and 180 degrees vertically. The pixel size, thus, would be 3600×1800.

2. Getting It On Paper

Before you move on to software, try to get your ideas on paper. It will help you get a gist of your ideas, and you would be able to express what you are planning. This method may take hours on software, and traditional methods of pen and paper would be efficient here. Moreover, moving from sketches to high-fidelity costs more in 3D compared to 2D.

Some designers like to start with the software they are already familiar with. For others, this is an opportunity to learn new software. 3D games, software like Unity and Unreal Engine are good choices. For complex animations and heavy renderings, you may want to use something like Cinema 4D and Maya.

Designing Principles To Keep In Mind

The resolution of the display may make your elements look pixelated and there may also be some aliasing. Therefore, the UX consultant should avoid big text blocks and highly detailed UI elements. Another factor to consider here would be the intended viewing distance. How far is your user supposed to see? This will help you decide the size of your UI elements, and even your text, for readability.

Distance-independent millimeter (DMM) is an angular unit that follows a millimeter as it scales off into the distance. It is one millimeter viewed from 1 meter away. It will help you set your UI elements and their movements from certain viewing angles.

The user should be comfortable while using your app, and for that, you need to keep some angles in mind. For example, it is important to keep the focus area right in front of the eyes, covering something close to 70 degrees from the center of both eyes. Beyond that, the user will have to use peripheral vision, which, in the long term, is exhausting.

Similarly, for the vertical movement of your neck a 20-degree upward angle and a 10-degree downward angle are considered comfortable. Anything beyond that would be straining for the user. Remember, leaning down more than 60 degrees in certain cases can create pressure up to 60 pounds, which is not good for the spine and neck.

Discuss Your Dream Design With Our UX Developer
Connect Now

In Virtual reality, your eyes will see a different world where you will be moving, but physically, you will be stationed in one place. This mismatch of signals will create simulator sickness, something similar to what pilots go through with flight simulators.

4. Brightness of The Scenes

In a VR headset, the screen is extremely close to the user. Transitioning from dark to scenes with extreme brightness may cause discomfort to the user and it may take time for them to adapt to it. Make sure to not have sudden brightness changes in your application, especially when traditional designing is also moving towards ‘dark mode’.

When it comes to app ergonomics, button placement is extremely important. Try to avoid too many buttons in too little space. Users can accidentally push on the wrong button.

With A-Frame, an open-source web framework, you can create 3D worlds with HTML and Entity-Component for multiple VR platforms. It was originally developed within the Mozilla VR team, but currently, it is maintained by Supermedium and Google.

Google Blocks can also be used to create concepts for your VR app for devices like Rift and Vive. It lets you use simple 3D geometry for a feeling of depth and scale. This may not be for preparing something for the end user, but for someone who is creating virtual UX concepts of a 3D world, it’s one of the best choices.

Last but not least, you can use Photoshop’s pen and brush tools to draw 3D elements, if you are just starting, and want to create a virtual UX concept for an app.

With the arrival of Meta, the time is ripe for UX designers to dive into the VR world and create not only interactive and aesthetically pleasing VR apps, but also work towards day-to-day apps for the platform. The creation of Virtual VX brings some new elements to the table, however, the principles of UX design are still the same. Understanding those new elements will help you create a successful virtual UX. If your project requires something similar, you have come to the right place! Hire UI UX designers today with Infiraise, equipped with all the latest tools and technologies. 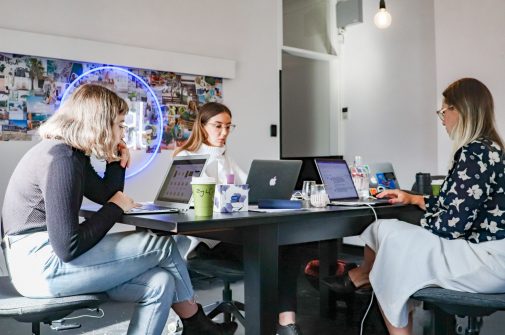 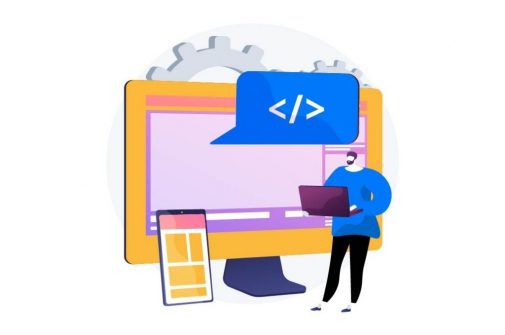